What happened when I first heard a female pass wind? 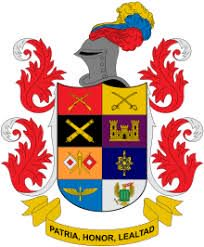 I am so sorry but I have locked Hector in his bedroom, I have arrived back breathlessly from the baking hot streets of the city with a fantastic tale to tell you all. Oh Yes, it is I, Stalin.

The funny looking Englishman is out for the evening with his wife. I think they have gone to the cinema. So I am taking the opportunity to tell you of an experience that happened tonight that I shall never forget. Well not for this evening. Tomorrow may be different.

In the future, if you come across me in the streets, please remind me of what I am about to convey to you all. That way I can have a good old belly laugh every time.

The event happened this evening outside of the army barracks. Well in the rear hahaha to be exact.

What I mean is at the rear of the military complex. There houses the local Community Hall and situated next to the outer fencing a few metres away lies the barracks for the females. 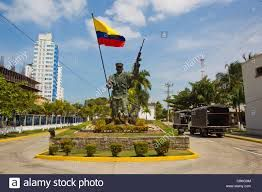 The males are housed at the front of the camp near the Main Guard Post Entrance. It appears the males and females at such a young age are not to be trusted to live next to each other. Segregation was the deemed wisest move for the military leaders to uphold.

I think in my day it was the same as the Police Cadets. I am not sure if anyone knows please let me know.

Anyway, I must not digress. This evening I too was at the back of the barracks squatting under the bushes across the street. My shorts now altered for my safety to a skirt was up above my waist and I was preparing to lose the odd kilo or two. The sound of increasing laughter caught my attention and curiosity. I stayed positioned hidden like a statue and moved only my eyes towards the sounds to my left.

Here I could see about half a dozen bored Police Officers in a round circle receiving instructions from the company Sargeant.

“Now listen up you lot,” said the Sargeant with both hands on his hips. There should be no need for weapons this evening. “This is a friendly outing and the enemy will be more than occupied.”

This brought a huge roar of laughter from the company of Policemen.

Even the Mother Superior who emerged from behind the Sargeant could be seen smiling. I have seen her in the past. Not sure where, but I think it may be on the mountain ridge above the city.

She paused in front of the policemen and waited until the rancour ceased and silence prevailed. “Please remember “Your Enemy’s” quarry are defenceless young ladies and they need your protective arm this evening even if they do not know it. We wish none of these innocent females to become a victim of circumstance under our control.”

Not wishing to displease the Sargeant or the serious looking Nun, the company remained quiet.

The Sargeant looked at the Nun to see if she had anything else to add. She lowered her head as if to give way to him. Well, that is what I presumed. The Sargeant in the next moment deployed his underlings to the various corners of the area to ensure all who would be arriving were within sight of their protective eyes. 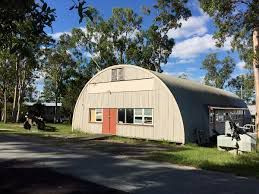 Before I could make a decision on whether to continue my original plan or to move away and find a more quieter and secluded location the two large doors to the Community Hall opened, and out poured a group of laughing boys and girls. Or perhaps I should say a bunch of teenagers of mixed sex.

It appears there had been a dance night in progress and now with the dying embers of the music in the background, the evening entertainment was drawing to a close.

My first thought, how ridiculous, these youngsters could be trusted to dance and socialise together unchaperoned, but when it came to saying goodnight to each other, they would need an armed escort.

There appeared to be approximately 50 to 60 of them, all paired of with each other, some holding hands, some with males draping their muscular arms across their chosen partner’s shoulders. None of them actually caught my eye except the last couple to arrive.

These two latecomers appeared to be strangers to each other, they were not holding hands or deep in conversation with each other. Maybe they met only for the last dance and not wishing to appear to be outsiders to the main group had silently teamed up and were now walking between the couples who were kissing and laughing with each other.

I was transfixed by the last odd looking couple, both could be clearly seen as nervous rabbits.

Eye contact did not exist between them until they reached the middle of the group. What made it more surreal for me the whole group was standing bunched together on a small hill rise and the odd couple now were heads above the others.

On the fringes stood the Sargeant, his Policemen, and the Mother Superior was positioned close to the female barrack doors. She from passed experienced knew this would prevent any untoward activity to commence. None of the escorts showed any discomfort for being witnesses to what in truth should be a natural event.

But wait, I must tell you what happened next. Well, the “odd boy” moved tentatively towards the “Odd girl,” with his eyes firmly on her and started to wrap his arms around her waist. The girl’s head was up, her lips quivering, but her eyes were facing downwards. I could even see droplets of nervous sweat on her forehead. 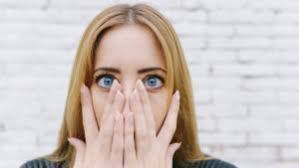 Just as their lips were about to touch, a short but rather loud noise escaped from one of them, I roared with laughter! I am sure it was from her!

Luckily for me, no one heard me. All of the couples in front and surrounding the two unfortunates paused and some started to snigger. Each witness deep in their own thoughts trying to remain neutral.

The odd boy’s head had instinctively shot back, but good for him, he gathered his composure almost instantly, and I could see him heading back for his second attempt to gaining a kiss.

This time the noise from the odd girl spoke volumes. The crowd erupted, kissing and caressing stopped, and many couples started to fall to the ground in hysterics, I too was uncontrollable with belly laughter.

The odd boy too appeared to have a sense of humour, and he too fell to his knees, now kneeling on the ground in a fit of giggles. Only the girl remained standing, now with her handbag raised ready to strike the young boy who had made her feel so nervous.

The handbag came crashing down on the poor boy’s head. As soon as she struck him, the crowd laughed even louder. Even the Mother Superior who initially was mortified started to laugh.

It had no effect on the defenceless boy, he was now laying on the grass in convulsions of hilarity.

To see the reaction from both the lying boy and the devout woman, the odd girl, turned and stormed off. Her humiliation completely overcoming her.

Bad news for me, she was heading directly towards my location and I was still hysterical with laughter. My emancipated stomach muscles were aching. I truly believe this was the first time I had ever heard a female pass wind. I do not think even my mother did. It was like a life-changing revelation had occurred. It certainly was earthmoving.

I looked up to see her progressing towards me, and that was when our eyes locked onto each other. My merriment, now replaced with pending horror at being exposed.  Hers with pure hatred and vengeance clearly exuberating from them.

Then I saw the Nun two steps behind the girl. Her eyes also locked onto my presence. I reached down for the hem of my shorts come skirt and raced the material down to covering my dignity. I was up and running as fast as my emancipated legs would carry me.

The two females were bent on catching me. It was a close thing, they nearly got me, and I am sure if they had, I may not be here today, laughing out loud as I type this event to you.

I am sure I ran faster then I had ever done so in my entire life. it’s amazing what fear can do for you. 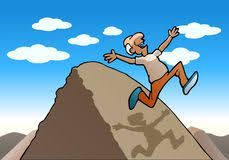 What a shame, the Englishman and his wife are at the front door talking to someone. Hector is banging on his locked bedroom door, screaming my name out loud. At the window, I can see two females standing in the porchway.

Under the security light, I can see one is wearing a Nuns habit and the other waving her arms excitedly in the air, screaming abuse and telling the bewildered Englishman what she was going to extract from yours truly, should she capture me. Sorry folks I am off. I will chat with you all again soon. If I remember too that is.